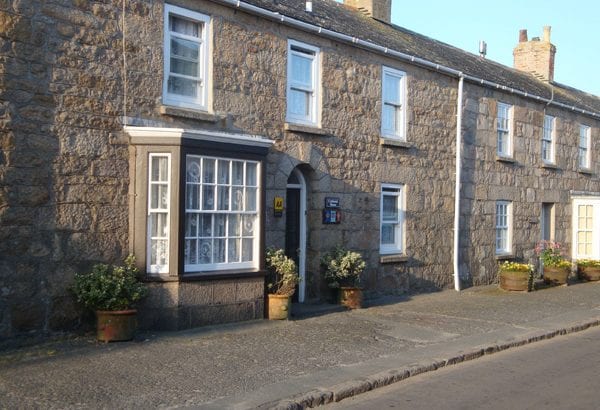 The dream – A Bed and Breakfast on The Isles of Scilly – it came true!

Kelly and Kevin had a dream of owning their own bed and breakfast in the Isle of Scilly and weren’t sure it would be a possibility. They knew the town of St Mary’s well and when they found their perfect property there they couldn’t believe their luck.  They contacted us to see what they could borrow and if it was possible for them to sell up on mainland UK and move over.  Well, they have done it with the help of us here at Stewart Hindley & Partners!

The first step was for Kelly to send us the property details and accounts for the business they wanted to buy and we then helped them by assessing how fundable the deal would be.

Crebinick House was a traditional Grade II listed building which had been extended at the rear to provide a large 9 bedrooms property consisting of 6 spacious guest rooms and 3 bedroomed owners’ accommodation.  The guest house was well established and had a number of returning guests as well as excellent online reviews.

The only downside was that there had not been a focus on trade for a couple of years due to the current owners’ ill health and pending retirement. This meant the deal would be reliant on projections which always makes the deal a bit more of a challenge.  Lenders tend to look at projection led deals as more high risk and are slightly more reluctant to lend on them.

Because Stewart Hindley & Partners specialise in the hospitality sector we understand what are standard and achievable costs for a bed and breakfast or guest house.  We are able to provide lenders with realistic projections which show that the business is capable of building the trade and, importantly, can cover the debt service going forward.

We submitted the deal and after a bank meeting and acceptable valuation report the deal was offered.  Kelly and Kevin completed their purchase and started living the dream in February 2019.

There is a lot going on in the Isles of Scilly so if you are visiting why not stay at Crebinick House where you are assured of a warm welcome.

What Kelly and Kevin say about us…..

We fell in love with Crebinick at first sight and desperately wanted to make it our home and business.  After a depressing conversation with a business manager at a local bank, due to the previous few years’ deliberately low trading figures, it seemed we would need professional help to persuade a lender of the potential of the business in order to get our dream off the ground.  Stewart Hindley had a great reputation for assisting in situations such as ours and from our first conversation with Chris we were filled with hope that a lender might believe in Crebinick as we did.  Chris’ experience ensured that he approached the right lender for us with the right information and ultimately we were successful in getting the finance we needed.  We don’t think we could have managed it without Stewart Hindley or, at least, certainly not in time to begin the 2019 season as we have done!  Thanks for all your help. 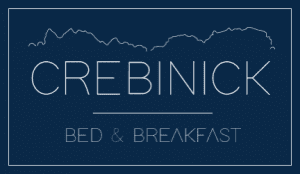