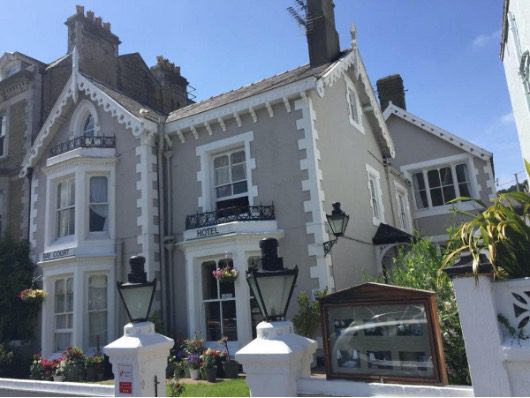 Being declined by the lender you have approached directly is very common, especially when hotels, guest houses & bed and breakfasts have all been closed during the pandemic.  This is something we at Stewart Hindley see all the time, even when initially the lender seems content to do the deal.

Our client Julia got in touch with us after this happened to her, but also disappointed in the amount of time they had taken to give her a decline.  We in the industry call this a ‘slow no’, having taken 3 weeks for something we could have answered straight away.

Following our conversation with Julia and review of the trading accounts and the concern, within 48 hours we were able to give her the good news that we had secured an in principle decision with another lender on competitive rates and terms, despite the banks tighter lending conditions caused by the pandemic.

The application wasn’t without its challenges though as Julia was already under pressure for a speedy completion by both her buyer and the vendor. The lender we sourced had a back log of applications caused by the volume of Covid-19 Government Grant Scheme applications; this delayed the process and loan documents being sent to Julia’s solicitor.

The anticipated completion date was looking unlikely causing stress to all parties. However, Stewart Hindley & Partners Case Manager maintained a high level of communication with the lender, continually chasing and applying pressure to ensure the case was dealt with as a matter of urgency which during the period that summer holidays are taken, was not helping matters either.

Also it came to light that during the searches undertaken by Julia’s solicitor, the lease of the guest house had not previously been registered and as a consequence further delays were inevitable as the Report on Title couldn’t be completed for the purposes of the lenders security. Again Stewart Hindley & Partners stepped in liaising between the lender, solicitor and surveyor to come to escalate the issue to a satisfactory outcome so not to delay the completion any further.

We go the extra mile to secure your loan

It’s all in a day’s work at Stewart Hindley & Partners; we go that extra mile not only as a Broker but also in our role as an “intermediary” to resolve issues when sometimes these are beyond our remit.

Julia was an absolute pleasure to work with and we wish her every success in her new venture at the Bay Court which is located in the beautiful seaside resort of Llandudno.

“I was delighted with the service I received from Stewart Hindley & Partners; the whole team went above and beyond to help me with my transaction.

They were a pleasure to deal with from start to finish and they were proactive rather than reactive. When things slowed or delayed because of the pandemic, they used their knowledge and expertise and connections to get things up and running for me as quickly as possible.

Their experience was second to none, and without it the transaction would not have proceeded as quickly as it did. I would not hesitate in recommending them.”